Homeowners looking for ways to make their house "green" or eco-friendly shouldn't overlook the hardest working door in the house.
As the largest moving part on a home, the garage door plays an important role in energy efficiency and sustainability - two important criteria in green building design. Green building is about reducing environmental impact. With an average life cycle of 15 to 20 years, investing in a durable garage door that can withstand the rigors of daily use is money well spent for your home and the environment. Long-lasting eco friendly products help reduce the impact of manufacturing and building on the environment, as well as distribution fuel costs and general waste. When shopping for a door that is built to last look for galvanized torsion springs, 3-layer galvanized steel construction, a baked-on paint finish that resists fading and peeling, and CFC-free insulation. Insulated steel and composite polymer "faux wood" doors are becoming popular alternatives to real wood doors for two reasons: they are more energy efficient, and the construction material is UV resistant and impervious to moisture, meaning it won't rot, warp or crack. Therefore, the door won't need to be refurbished or replaced as frequently as one constructed from natural materials.
Energy Efficiency
An insulated door on your garage can help reduce household energy consumption if you have an attached garage. Since attached garages typically share one or two common walls with the house, any hot or cold air that travels through a door will ultimately reach the adjacent living areas. An insulated garage door can help stabilize temperatures in the garage to reduce heat losses or gains from common house walls. Replacing an older door with a new, energy efficient model can reduce energy loss through the garage by up to 71%, and keep an unheated garage 10 -20 degrees warmer on a cold winter day, according to a study conducted by engineers at Clopay Building Products. Three-layer steel garage doors featuring environmentally safe, CFC-free, polyurethane insulation foam injected between two sheets of steel typically offer the highest R-values. R-value is a measurement of thermal efficiency of a door, or how well it insulates. The higher the R-value, the more energy efficient the door is.
Sustainability
In coastal areas or regions where high winds are common, the garage door is a critical element in protecting a home during a storm. Because of their size, garage doors are more susceptible to wind damage than other exterior openings - especially two-car garages. Unless you have a tested, reinforced door installed, high winds can force it out of the opening. The loss of a garage door can cause internal pressure to build up, resulting in a total blowout of the roof and supporting walls - similar to an explosion. Investigate local building requirements and make sure your door meets them.


Article Source: http://EzineArticles.com/3905758
Posted by Ramirez Custom Overhead Doors at 11:27 AM No comments:


This video will show you how to align the safety reversing sensors on your garage door opener.
Posted by Ramirez Custom Overhead Doors at 3:42 PM No comments:

Garage Doors: For Safety, For Beauty

While as it can be said that the garage doors are used for the enhancement of security in your property, it must also be said that they add a gorgeous appeal to the building. The technology for making the doors has been growing and now you can get different doors made in a number of both colors and styles which helps in adding character to any given home. The doors can either be controlled using manual means, motored or even using springs. Many have also been made to use a remote control and this offers more freedom to open without the need of exiting your car.
The garage doors are of a necessity supposed to be wide enough so as to facilitate the entrance and the exit of vehicles in and out of the garage without any problems. The vehicles could be small or big and as you grow, there is need that whichever automobile you may buy is able to enter the garage without hassles. When planning for the house, this is one of the factors that you need to check well since it will be unwise to encounter the need to extend the garage doors in future. Planning is therefore important from the onset of the house building.
One of the different types of the doors is normally referred to as a sectional door. These are constructed using 6 to 8 panels. They open up and overhead and their advantages are great. For example when compared to the single panel or monolithic garage doors, these doors do not need outside room to open. This means that the vehicle can stop close enough to the doors before they are opened. The other advantage is that all the panels have their own connection door track which helps to increase their toughness and reliability. This is different from the monolithic doors which have only a few connections for the entire panel.
There are many different materials that can be used to make garage doors. These include corrugated sheets, see-through corrugated fiberglass, wood, steel, aluminum and vinyl. Some of these materials are only used where there is no much impact that is expected but the corrugations provides the door with strength in opposition to much force. There are those materials which are good for making commercial garage doors while other are good for homes where no much traffic is expected. The commercial doors use geared motor or chains and manual pulley to roll them up and down. Talking to the door makers could be helpful in order to be advised of what kind of a door is good for your specific garage entrance.

Why We Use Automatic Garage Door Openers

Garages are built to keep our vehicles safe and in good shape when they are not in active use - thus, they form as important a part of the vehicle's maintenance as the vehicle itself. With the passage of time, the designs in which the garages are built have become more sophisticated and modernised.
The automatic garage door, which was invented as early as 1920, became popular with many garage and vehicle owners 1950 onwards. However, they attained widespread popularity and acceptance only in the last two or three decades when the number of affluent urban residents in the world increased by leaps and bounds. At present, these automatic door openers are a part and parcel of the garages themselves - and they are so vital to garage maintenance that it is difficult for a vehicle or garage owner to possess a garage without having such a door opener.
How they changed over the years
The most important aspect of the evolution of automatic garage door openers through the years has been the noise reduction. In the yesteryears, the amount of noise produced by garages used to be too large and it caused significant disruption in most human activities carried out in the vicinity of the garages. The modernization of the garage furnishings ensured that the production of such disruptive noise was no longer present in the door openers - the latest varieties are quiet silent, yet more effective than their traditional counterparts.
What are the best features to look for?
The efficacy of a door depends on several factors. Generally, the best varieties are the ones which, once installed, do not need too much servicing or too regular maintenance checks. These are the ones which are generally long lasting and highly efficient. Usually, the good quality door openers are provided with plenty of horsepower to effortless handle even heavy doors. An alternative power source also comes packed along with these good quality ones. The level of noise produced by the door openers, as discussed earlier, also needs consideration while comparing the qualities.
Besides noise production and efficiency in handling doors, automatic garage door openers also need to be synchronised with the security systems installed in the house. This is especially important because the garage, in most cases, provides an indirect route to the inside of the house. Thus, appropriate security mechanisms need to be installed in these garage doors before they are rendered fully usable.

How To Check The Balance Of Your Garage Door 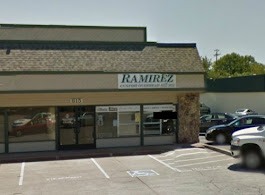